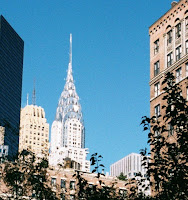 This question is a slang way of asking "What's going on?" or "What's the problem?" or "What's wrong?" You say it when you don't understand or are confused about something, and you want something explained to you.
So, if you're driving and you come upon some heavy traffic, and it's not rush hour, you can say "What's the deal with all the traffic? Could there be an accident up ahead?" If you feel tired in the middle of the day, you can say, "I don't know what the deal is. I'm so tired even though I slept well last night." If you have noisy neighbors, you can say, "I don't know what the deal is with the neighbors. They make noise at all hours of the night." Sometimes, people say, "What's the deal with the weather?" when the weather is acting strange and erratic.
Do you get the picture? Try using it in your conversations today.
like this:
A: What's the deal with Paul? He's so grumpy today.
B: He had a big fight with his girlfriend last night. He said he was so angry, he couldn't sleep.
A: Oh. That explains why he kept yawning during the meeting.
B: So how's your project coming along?
A: It's going a little slow right now, but we have to pick up speed soon since the boss moved up our deadline.
B: That's right! What's the deal with that?
A: He said he wanted to see our work before he goes on vacation.
B: Oh yeah. He's going to Orlando with his family. Well, good luck.
A: Thanks. We should be able to do it.
rush hour - the time of day when people are commuting
commuting - traveling from home to work and vice versa
erratic - not stable or consistent
grumpy - angry, not in a good mood
pick up - increase (in this context)
move up - move the date closer to the present (in this context)
Have a good weekend, everybody. I hope you have good weather, wherever you are.
Have fun!
the small guide site
Posted by Joe Yu at 12:05 PM

I hope you make the small guide site's blog of English lessons your go-to site for learning and practicing English online. In fact, I hope you sign up for email delivery of my lessons. They are mostly on vocabulary, idioms, grammar, and pronunciation. You can sign up by entering your email address just above and to the right.
This blog is supposed to go hand-in-hand with the small guide site, where you will find more lessons, exercises, and tips to help you learn and master English. I started both sites in 2009, so there is a wide variety of lessons. If you are looking for a specific vocabulary or grammar point, you can use the search feature just above. If I haven't written about it yet, you can let me know here, and I will get on it as soon as I can.
Be our fan on Facebook; follow me on Twitter, Instagram, & Google +!
Thank you for visiting! Take care, and I'll see you around!
Joe, the small guide to improving your English!